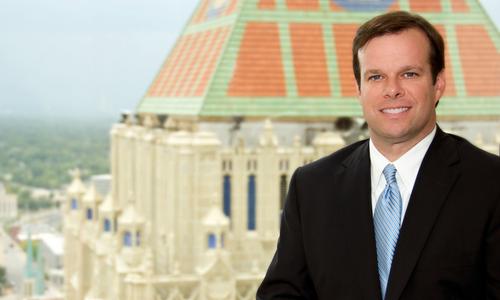 Mr. Baum graduated from the University of Oklahoma College of Law in 1995 and began his practice with the law firm Rolston, Gregory & Hamill in Oklahoma City, Oklahoma. Upon moving to Tulsa, Oklahoma, he joined the law firm Richards & Connor in 2001, became a partner in 2008, and left to help form his current law firm in 2012. He has focused on the area of civil litigation, but his diverse practice also includes much transactional experience. He has participated in federal and state jury trials as both first and second chairs and has personally taken numerous trials to verdict.

Mr. Baum is admitted to practice before all courts in Oklahoma, all federal courts in Oklahoma, the Tenth Circuit Court of Appeals, various federal bankruptcy courts across the country, and the United States Supreme Court. Mr. Baum is a member of the Tulsa County Bar Association and served on its Board of Directors in 2002. He is also a member of the Oklahoma Association of Defense Counsel, the Defense Research Institute, the Oklahoma County Bar Association, and the American Bar Association. From 2001-2004, he served as a barrister in the Hudson-Hall-Wheaton Chapter of the American Inns of Court, and currently serves as a master in the Council Oak/Johnson-Sontag chapter.